Hi, I’m Emma Cherim, a recent graduate and researcher at the Delft University of Technology, faculty of Industrial Design Engineering.

#When & How Will I Answer Questions

I will sit down, read and answer all questions on monday the 13th of June.

My name is Emma, I am from Amsterdam, love sailing and I recently finished my MSc Thesis on circular cities, their development and the ways in which design thinking can support that development. I designed a process for policymakers looking to develop CE in their city and am currently working on a publication as an extent of my research. 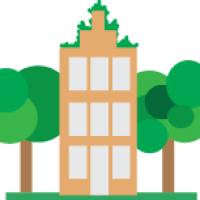 Hi @Emma_Cherim - This is really great! In London we’re working on Circular Cities an Open Letter for the new Mayor around this topici @gpinuk @rachels42 (will be on the Sunday). We’ll be posting the outline soon on here but you can get a feel for this on the eventbrite - Your website will be a great resource/ reference!

Hi @Emma_Cherim!
We will have a session on circular Cities in Sibiu, on 10th. I wonder if you have 20-30 min for a discussion, help me a little to better prepare this session.
We will also post this on OSCESDays, Sibiu for participants to ask you about circular cities.

Hi @Emma_Cherim,
Thanks for joining us here! I guess I’m interested in the most promising examples you’ve come across in your research, but more specifically, what are the most transferable projects and ideas?
i.e. what good examples can be most easily shared and implemented in other cities?

Are there any good approaches that you think can be pushed in a bottom-up way, without needing to have access to resources or the city government on board?

Hi @TechnicalNature! That sounds really interesting, I will be sure to take a look!

Thanks for your question. I agree that strong, transferable examples of projects would be very helpful to other cities, however, I haven’t encountered any fully developed, tested and evaluated projects yet. Most cities I examined are still in the process of analysing their current state and developing a future vision. The cities I researched did show some very good and possible transferable examples of their approaches. The city of Amsterdam and circular consultancy Circle Economy for example have performed a very detailed scan of resources in the city and developed a comprehensive plan for the development of CE. I’ve attached the english version of that report.
Another interesting project is Glasgow’s Future City; an ambitious, data-driven approach to optimisation of public resource use. http://futurecity.glasgow.gov.uk/

I hope that answers your question, have you found any strong examples of circular city projects?

Thanks! I haven’t seen any really effective proven examples of CE at the city scale either - just theoretical plans so far, but it’s good to see some movement in this direction. I just had a look through the examples you mentioned - some promising ideas, though I’m very sceptical of the centralized ‘smart city’ approach and would find a peer-to-peer, more citizen-focused architecture much more empowering, sustainable and effective.

The data gathered in a Siemens/Cisco/Microsoft smart city may help us along the path to a circular economy, but we need to be wary of what data is being gathered, who owns it and how it is being / can be used. As it is, the excellent goals of sustainability, improved cycleways, waste management, resource efficiency etc obscure the nastier side of the ‘smart city’ which inevitably gets rolled into it. Glasgow’s surveillance panopticon (sorry, world-class public safety Operations Centre) is particularly frightening in its ‘proactive, not reactive’ approach to surveillance - while it may be ostensibly designed to reduce violent crime, the aggregation of CCTV footage with behavioural data is also an excellent tool for identifying any other form of ‘outlier’ by algorithmically profiling people, resulting in chilling effects on behaviour, and (actively or passively) reducing dissent and exerting further control over the citizens.

Another issue is the misuse/misunderstanding around ‘open’ - I see Glasgow uses their own custom ‘open’ license for its data, rather than an established standard open data license like CC-BY. This is always a red flag indicating that there’s probably openwashing going on. Sure enough, this license makes their ‘open’ data incompatible with existing open source / open data projects as it contains the clause ‘You must not use any of the Information for an illegal or immoral purpose’ which sounds lovely, but actually renders it unusable for many perfectly moral uses (see this earlier discussion). Anyway, if you want to use data for an illegal purpose, why on earth would infringing a copyright license make you change your mind?

I feel that the top-down smart city approach has many of the same problems as the top-down circular economy approach - it glorifies technology in a remarkably uncritical way, and its design renders individual citizens passive ‘consumers’ of goods, services and information, leaving all agency, responsibilty and control in the hands of established players.